Translators can be added to a study as Client-role administrators. These attendees will be permitted to identify themselves as a translator prior to entering the meeting and will be prompted to select their target language. 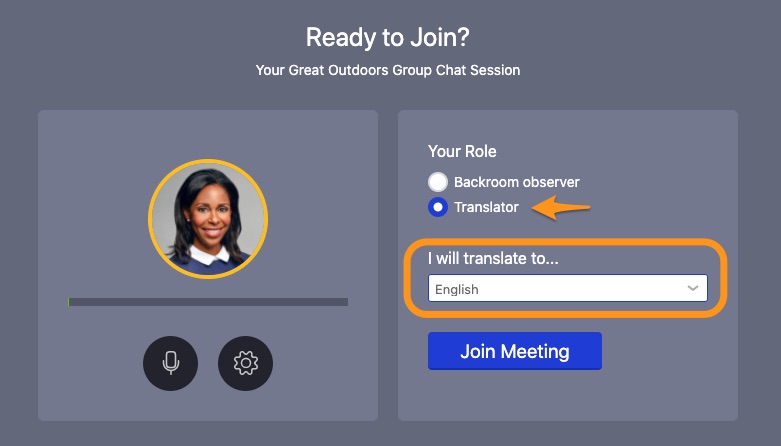 Backroom attendees of the meeting can toggle the audio priority during a live meeting to hear the front room directly or tune into the audio channel of a simultaneous translator by selecting the desired language. 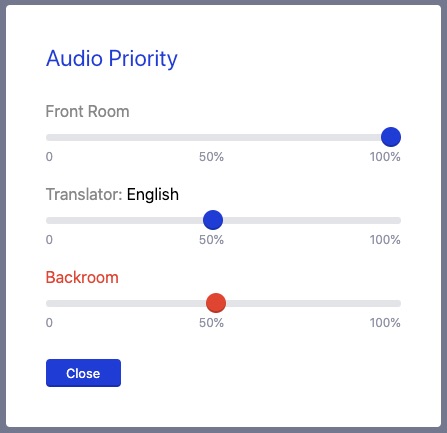 Each meeting can support multiple concurrent translators and each translator’s audio is recorded separately from the front and back rooms.

To optimize the quality of the audio, Translators should always wear headphones. This will help reduce noise feedback to their microphone, resulting in more clear audio.

If you do not wish to allow observers access to a backroom audio channel, this feature can be disabled during the Activity setup:

Did this answer your question? Thanks for the feedback There was a problem submitting your feedback. Please try again later.
Last updated on February 9, 2021